Zoe was a bride only a month ago but it appears her new husband has betrayed her - and the evidence points to one of her three sisters being involved. I started the book without knowing anything about the story apart from the title (I have that much confidence in Shari Low's storytelling) and I absolutely loved the opening chapter which was a cracker in setting this scene.
The story then slowly reveals Zoe's past where she had her heart broken by her work colleague Tom, whilst we are left in the dark about who Zoe's husband is and which sister is implicated.
Verity, a teacher, is madly in love with Ned, another teacher at her school, but so far the feelings are unreciprocated. Nurse Yvie is run off her feet but has to be the one who smiles and keeps the family together. And Marina is the organised one, who is losing the battle keeping up the facade of the perfect family life. This is a fantastic read about sisters, which kept me guessing all the way to the end.

Denise is married to Ray and puts him above everyone else, including her children Claire and Doug. She adores him for having given her a better life than she could have imagined. But now she finds herself unbearably alone.
Claire, having grown up with a disinterested mother, has done the opposite and devoted herself to raising her two sons. She is at a bit of a loss now they have flown the nest and her ex, Sam, has also moved on.
I really loved this book – and the concept of whether you should make your partner or your children your top priority. It’s a totally absorbing read, with chapters from each woman’s past to help us understand their choices.

Jen and Dee have been best friends for years and fortunately their respective partners, Pete and Luke, get along well so they have formed a tight foursome. But then the effervescent, adventure-loving Dee is killed in an accident. Jen can’t fathom not having her friend by her side as she continues to run their travel business and Luke can’t imagine being with anyone else. Meanwhile, Dee’s mother Val is consumed with rage at the person responsible for her daughter’s death.
This story, told from the viewpoints of several characters, pulls at the heartstrings as the characters deal with their palpable grief and continues to intrigue as Jen discovers that maybe she didn’t know her best friend as well as she thought she did.

When Colm and Shauna meet, it’s the proverbial case of love at first sight which leads to an intense romance and whirlwind wedding. Although Colm has been married before, Shauna is immediately accepted by his twin boys and welcomed into the family.
Yet life has a habit of creeping up on us all and throwing events into the mix which can threaten even the most perfect relationship. As the couple’s once fairy tale marriage begins to show cracks, Shauna discovers that Colm has committed the ultimate betrayal: sleeping with someone else. Can Colm and Shauna mend their marriage or will the infidelity become an issue too large to circumvent?
This was a beautiful book: well plotted and offset with a strong array of characters. The author relates the story of Colm and Shauna through their alternate viewpoints between past and present to enable the reader to learn their history and how they find themselves in their present circumstances.
Although it is essentially a love story, the author deals with myriad themes which couples face: the pressures of work and careers, extended families, children, the demands of marriage and I think a lot of readers will identify with them. Colm and Shauna are really likeable characters and you find yourself really rooting for them. A highly emotional and intelligent read, by turns funny and sad, this is a well-written story with a cast of strong characters. Definitely one to savour. (LP)

It’s newspaper editor Drew Gold’s 50th birthday and he’s invited along his family on a celebration Mediterranean cruise. That includes his current wife, the much-younger Tess, as well as his two former wives, Sarah and Mona. Fashion-plate Mona still works at the newspaper and despite remarrying Piers, who is also along for the ride with his adult son, has her eyes firmly set of hooking back up with Drew.
Meanwhile Tess’ best friend, Cameron, declares his feelings for her just before she leaves and urges her to meet him in Monaco. And Sarah, she’s not quite sure why she’s been invited along but she’s finally ready to have a good time – and won’t say no to a spot of romance.
I really enjoyed this humorous story, with plenty of family drama – it’s the perfect holiday read.

Laney run a wedding proposals agency with her best friends Millie and Tash. One day in walks an eye-catching blonde named Cara, who wants them to set up a carefully choreographed romantic scene in New York so her boyfriend will pop the question there and then. The only problem is her intended shares the same name as Laney's husband. It can't be him though, can it?
Cam does work away a lot but he has been fully supportive of their plan to start a family. Laney decides to go ahead with the proposal planning without letting on to Cara about her suspicions.
Most of the momentum of this story lies in Laney and her friends endeavouring to find out whether Cam is leading a double life. It keeps you turning the pages as you wonder if Cara's mystery man is indeed him and what will happen if he does turn up for the big moment in New York. A totally enjoyable read that will hook you in.

Lou Cairney has come to terms with the fact that she never will be married to the man of her dreams so she has created her own blissful life with her hair salon CUT. After many first loves and second loves, she has decided to just date and when the guys try to get more serious, she bolts as fast as she can. What Lou looks forward to most are her Friday nights out with her best friends Ginger and Lizzy.
With the girls meeting up for a spa weekend at a Glasgow hotel, the story flashes back to the late 80s and 90s, showcasing events that have defined their friendship. When Lou meets Marc, she thinks he could move past date number four status and maybe even become her husband. But love never runs smooth for her and soon the women are called upon to be with one another in a time of need. This touching read is well worth staying in on a Friday night to read! (CG)

Beauty salon owner Suze thinks her husband Karl is having an affair, so she hires a honeytrapper to test him out. But her suspicions end up hurting her friend Mel, who is married to Karl's brother Joe and works in the lingerie shop next door. Meanwhile Suze finds out the real reason Karl has been stressed and withdrawn. This is an absorbing tale of mistrust, mistaken identity, mischief and misfortune - with a spiteful mother-in-law and lots of humour thrown in for good measure.

Roxy is glam, adventurous and works as a receptionist in a swanky London brothel. Librarian Ginny is drab, sensible and is still living in her teenage bedroom with a Westlife doona. But despite being so different they've been best friends for years. When Roxy complains that she's had enough of city living and men, Ginny sees a way out of her rut, including 12 years with boyfriend Darren. She suggests that they swap lives for a month. Roxy will come back to their sleepy hometown Farnham Hills to work in the library and stay with her mum; Ginny will try on Roxy's glamorous job and lifestyle, living with her handsome flatmate and wearing her designer stiletto boots. Get ready for a romp with lots of sex.

Writer Carly is just telling her friends about how she's feeling restless when she gets a call from an ex, Hollywood actor Sam. He says there's been some interest in her novel and she needs to get on a plane to LA like, now. Carly's lawyer husband, Mark, though is not prepared to just drop everything to cross the pond, so Carly heads off with her two young sons to stay with Sam. Once Carly is being wined and dined in Hollywood - not to mention wooed by Sam - will she ever be willing to go back to her normal life?
This is a funny story about a woman who needs to reconcile her dreams with her day-to-day family life. Readers may remember Carly and her friends from previous novels What If? and Why Not?.

IT sales manager Clark Dunhill thinks of himself as the Shagmeister. Good looking, well-groomed, with designer clothes - what woman could resist him? When he has a bet with his mates that he can walk into the pub with two girls on his arms - one with brains, the other with beauty - he has no idea of the double trouble he's about to get himself into.
Cassandra Haven, the brains, is the financial director of Systems Solutions, the company where Clark works. She has focused on her career, spending most hours tied to her desk, and has now decided it's time to have a baby - she just needs a sperm donor without any attachments.
When she spots Clark at a business conference she decides he's the perfect man for the job. Polly Kent, the beauty, also works for the company as a marketing assistant but she's really waiting for a husband and family. From a rich hotel family, she meets Clark at the pub where her best friend, the acidic Fiz, works and they start dating. Clark seems like the perfect partner, so when her pregnancy test is positive, she's sure he'll be thrilled.

When political researcher Jess is propositioned by her Conservative MP boss Basil Asquith, she's got no better offers on the table and so launches into a secret affair with him. But he continues to drag his feet about leaving his wife. So along comes boyfriend no. 2, journalist Mike Chapman, who caused a media scandal when he outed the MP's extra-curricular activities. But when Mike leaves her pregnant and alone, Jess - together with her loyal band of girlfriends - sets about wreaking revenge on the pair of them. 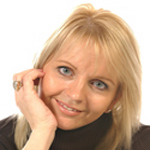 Another Day in Winter

One Day in December

A Brand New Me