Two sisters disappeared mysteriously in the middle of the night and three years later only one returns. When Cass Tanner suddenly turns up on her mother's doorstep early one morning, soon the house is swarming with police officers and detectives who want to know what happened to her and her sister Emma. Cass tells her story, but her narcissistic mother thinks she is crazy and psychiatric Abby Winters thinks that Cass is hiding something. Cass is on a mission to get justice and revenge while Abby wants the truth.
The story slowly unravels with many flashbacks and we learn the truth about the events that led to the night of the girls' disappearance. The novel is told from both Cass and Abby's points of view and, it is clear that Cass is not telling the whole story. Cass is a good narrator, giving detailed descriptions and her story is so captivating that until the end, it is not clear which part is real and which is not. A novel about dysfunctional families, obsession, jealousy, mental illness, and secrets, I found it at times exasperating but mostly fascinating as the author explores the psychology behind the characters' behaviour. It's a dark and thought-provoking novel with a few surprising twists. (NP)

Jenny Kramer doesn't remember anything of the night she was violently assaulted because she was given treatment that made her forget the most horrible night of her life. She is supposed to move on with her life but she can't because that scar on her back keeps reminding her that something terrible happened to her. And her father's obsession in finding her assailant and her mother's denial make things worse.
This is one of the best books I read in a long time: it explores not only the psychological effects on victims of violence but also the effects on their families. I was in suspense the whole time, eager to find out what could happen next. The story is full of surprising twists and turns, with secrets coming to light that made me stay up late at night reading. A brilliant thriller, a gripping, consuming story you really don't want to miss. (NP)

A glimpse into the lives of the rich and privileged, this book follows the women of different suburban families. Roslyn Barlow is the queen bee of the town however her carefully manipulated social plans all come undone when her teenage daughter Caitlin gets caught with a boy doing unspeakable things. Roslyn's husband is a rich entrepreneur who is suffering a mid-life crisis and soon finds himself in the arms of Jacks Halstead, a suburban socialite and his wife's best friend. However Jacks has a master plan to get her husband out of the financial hole he's dug them into. The young Sarah Livingston is new in town and is struggling with finding her feet in a place that's all about cocktail parties and country clubs.
This is an easy read that offers you a sneak peek into the lives of the people we often envy and reinforces that money doesn't always buy happiness. (GF)

This is the cleverly written story of four women who live in the picture-perfect estate of Hunting Ridge and examines the consequences of their choices to be stay-at-home mothers. The four are brought together to plan a charity gala. But of course where there are affluent suburban wives there must also be discontent. Perfectly made-up Janie may have a body which belies the fact that she's had four children but will a steaming affair be her undoing? Sleep-deprived mother Love, who is married to a doctor, receives a letter from her estranged famous father, which dredges up a secret from the past - and brings with it a whole new level of pain. Gayle is from a moneyed family and is heavily influential in the community. But she is hiding a secret about her husband and only gets herself through the day with the help of an array of prescription pills. Marie is a lawyer whose husband Anthony is addicted to golf. As she works on a puzzling custody case, she is drawn to her young intern Randy. 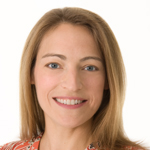