Archivist Abby is putting together a photo exhibition about British explorers when she comes across a breathtaking picture of a man kissing his love goodbye before a dangerous expedition in Peru. She discovers the man in question is dashing magazine editor Dominic Blake, well known in society circles in 1961, and his love is feisty left-wing journalist Rosamund Bailey. Abby finds herself drawn to find out more about them, while she deals with the fallout of her husband Nick's betrayal. The dual-timeline story also backtracks to when Dominic and Rosamund first met, leading up to that last kiss goodbye captured on camera - and it is this storyline that was the most captivating.
The novel has plenty of twists and intrigue even though towards the end, it did lose its way somewhat and the plot was not as tight as it could have been. (The cameo from Anna, a character from previous novel Private Lives, seemed forced too.) But the book is well worth reading for the heartbreaking romance between Dominic and Rosamund and the understanding this brings to Abby's own troubled relationship.

Amy Carrell is expecting to be engaged by Christmas. Instead, she finds herself dumped because she's just not the type of woman that her boyfriend, Daniel, needs by his side as a top diplomat. With nothing to look forward to and wanting more than anything to go home to see her family, Amy takes up the offer of an elderly woman named Georgia, who has advertised for a "companion" to travel with her to New York. Thinking this would be a great way to see her family while also working, Amy jumps at the chance. However, Georgia is hiding some big secrets and it's Amy's mission to find out what they are before it's too late.
Jumping from current time to 1958, where Georgia was a young debutante, this story is really lovely. The scenes from 1958 were a little more appealing than those from the present, though that's probably because there was a great love story unfolding between Georgia and one of the men she meets in "the season". It's as beautiful as it is tragic and the ending will leave you in tears, so be prepared! (AS)

Two sisters, one death and a whole lot of mystery! What more could you want from a Tasmina Perry novel? Diana is left distraught when her husband, Julian, suddenly dies. Deciding the police inquest is wrong, she reluctantly gets back in touch with her sister who she hasn't spoken to for years. Rachel is shocked to hear about her brother-in-law's death and begins to unravel a whole lot of mystery around what happened.
Drawing from her journalism background, Rachel enlists the help of her friend and they travel the globe in an attempt to find out what really happened to Julian. Along the way the two sisters try to resolve the situation that caused them to break apart all those years ago. There are also hunky divers and evil sister-in-laws. A perfect beach read with just enough mystery to keep you hooked to every single word. (LL)

Sophia Ellis had a charmed life. But then her father Peter took a chance with an investment, leaving his family with nothing. With her world in disarray, Sophie gets a job as a personal trainer at a gym where she meets Lana. Lana has a beautiful home in Kensington and asks Sophie to housesit while she is away. One night Sophie and her friend Francesca go to a party dressed in Lana's clothes with an invitation in Lana's name. Sophie meets Nick, a wealthy American businessman, and is immediately infatuated with him. But after a whirlwind romance, she finds him dead in his hotel.
Not knowing exactly who he is or why this has happened, she starts to realise because of her past she is now a prime suspect. Ruth Boden has been a reporter for more than 20 years and she's ready to become London bureau chief but she needs one big story. When she hears about the American's death and that the prime suspect is Sophie Ellis, she knows this is the story she needs. Can she uncover the truth before her rival does or before someone kills Sophie? This is another fantastic page-turning mystery from Tasmina Perry. (CG)

Anna Kennedy loves being an attorney for a media law firm - ever since she started at Davidson Lewis law firm all she wanted was to become partner. At a party she runs into Helen Pierce, a ruthless attorney for major media law firm Donovan and Pierce, who convinces Anna to jump ship. Anna starts on a new case for Sam Charles, the heart-throb actor who is dating America's sweetheart Jessica Carr. Sam was caught in a compromising situation with someone else and Anna's task is to keep it out of the public eye.
But the court gag order is lifted after someone leaks the story to the press. And Anna is certain that it was not an accident that this story got out. With her job in the balance she receives a note from a young girl stating that someone had murdered her party girl sister Amy, known for dating influential men. Anna realises she's involved in a dangerous game as she attempts to find out who leaked the Sam Charles story and uncover who killed Amy.
Another great read from Tasmina Perry, this gives a great insight into the world of media law and how ruthless people can be for their clients. Perry successfully mixes the sizzling aspects of the bonkbuster genre with a mystery that keeps you guessing throughout. (CG)

On a luxurious Caribbean island, four friends' lives will be changed forever. Miles is a wealthy man who has it all; Sasha is a beautiful girl looking for the right man to fulfil her dreams of wealth and class. Alex is a small-town guy who got a music scholarship to Danehurst, the university where the students met. And Grace is his sister. The four end up living different lives after one fateful night trying to forget what happened and move on. But the past always has a way of creeping back into the present.
With lots of glamorous settings around the world, this is a great read of mystery and the love lives of these four people who are bound together by this secret whether they want it or not. (CG)

Tess works for a tabloid newspaper when she uncovers a story about Sean Asgill who is a part of the famous Asgill Cosmetics company. She is approached by family matriarch Meredith with a proposition for her to keep quiet and help the Asgill family with public relations and prevent other secrets from coming out. Tess never imagined taking the position would uncover so many secrets, and starts to wonder if she made the right choice.
Meanwhile, daughter Brooke is about to marry David Billington, America's most eligible bachelor who's destined to be the next big political player in Washington. The Asgills are ecstatic that she is the one David has fallen in love with. The wedding is set for the winter but the family knows that a scandal could derail David's political career and cause the wedding to be called off. Can the Asgills keep their lives in check long enough for Brooke to walk down the aisle or will all their secrets come out and ruin both families?
Tasmina Perry did a great job with this book, the people were relatable and exciting and she keeps you guessing the whole way. (CG)

Cassandra, editor of Rive magazine, has been waiting for the chance to boost her fame and fortune for years. She has believed that her uncle Saul Milford would leave his luxury goods company to her. So when he dies and leaves it to her cousin Emma, she is furious and starts to scheme to have her fail. Emma left England long ago, and had no desire to inherit the company. But now she wants to prove her family wrong and make the business succeed. Or will she have to give the company to the one person she has been trying to live up to her whole life?
Tasmina Perry really sucks you into the fictional lives she creates. (CG)

Every woman is out to get Adam Gold, a New York billionaire who has just moved to London. Glamorous Karin, one of the women vying for his affections, is a successful fashion entrepreneur who is trying to overcome speculation that she killed her husband. Erin has dreams of being the next literary star and soon finds that although working as Adam's PA has its downsides, the perks are something she may not be able to walk away from. Molly is a fading 80s fashion model who has been holding on to the past and is reluctant to give up her throne to her aspiring model daughter Summer. When Summer catches Adam's eye, will her mother step aside? A great book about sex, drugs and money with a twist at the end. (CG)

Lord Oswald Balcon may have it all but he is a nasty and bullying character. So when he turns up dead everyone is a suspect. Even his daughters. Venetia is an interior designer who is in a loveless marriage and desperately wants to have something else besides her career to fulfill her. Camilla is a rising political star who is destined for great things but has a long list of unworthy lovers. Then there is Cate who is launching a magazine and is looking for love. Serena is a famous actor and party girl who is constantly in the paparazzi's sights.
When the sisters meet up after the death of their father, someone shows up and starts claiming that one of them killed their father and he knows who. A great book with a mysterious twist - you'll find it hard to put down. (CG) 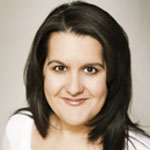 Friend of the Family

The House on Sunset Lake