Amy Lane and Bella Bradley were childhood best friends until they made a decision that would change their relationship. To her adoring public, Bella has the perfect life, she is the queen of the kitchen and married to the handsome Peter. Amy is a maths teacher whose husband walks away from their marriage three weeks before Christmas. After winning a prize on Bella's show, Amy decides that this year Christmas is going to be different. There were many laugh-out-loud moments but the story which relates a tale of sadness, looking for love and friendship, finding disappointment, stayed true. This book was warm, funny and insightful. Things were never as they seemed and as the friends reconnect, many preconceived ideas were put to rest with all the love Christmas can bring. (KARM)

Tamsin and Sam Angel are sisters but also complete opposites. Tamsin is married to a wealthy man and worries most about the brand of shoes she's wearing and whether she will host the best Christmas party in the neighbourhood. Sam, on the other hand, is a down-to-earth single mum to her son Jacob, who runs her own bakery and lives in the small apartment above it. When it becomes clear Tamsin's husband has been making a big mess of the family's finances, Tamsin is suddenly left without a home, a husband or any money. She moves in with Sam, just until she's able to get by on her own again. But will the Angel sisters be able to live together, without meddling in each other's business too much? Both sisters are both fascinating and well-drawn characters. Tamsin loves everything glamorous and feels like her world has come to an end when she's no longer wealthy. While this sounds a bit shallow, the author managed to make sure readers would instantly warm to Tamsin just like they most likely would to Sam, who is a bit calmer and more down-to-earth. When the sisters are forced to live together, they really bond with one another. Tamsin needs to learn to stand on her own two feet, while Sam needs to learn how to open her heart again to another man. They help each other and I just honestly couldn't get enough of them and their story. Sue Watson really tried to make this a festive read; her amazing Christmassy descriptions of decorations and yummy treats at Sam's bakery made it feel like Christmas straight away. Her writing style was easy to read and comfortable; well-paced and detailed enough to keep my attention at all times. I don't really have anything negative to say about this book; it was quite simply a wonderful Christmas read! (JoH)

Dreaming of Hollywood stars seems to be the only thing keeping Faye Dobson going. Coming to terms with the fact her marriage is no longer what it used to be, Faye is an empty nester and wants something more out of life other than going to work as a hairdresser and coming home to a man who only seems interested in plumbing fixtures. Attempting to make small changes in her life, Faye decides to try something a little different for lunch... what she didn't expect was Australian backpacker Dan to be the one serving her. Faye needs to make choices. Does she stay with her husband or does she take on the life she has dreamt of for years and finding herself again? More importantly, are the feelings she has for young Dan real? Laugh-out-loud funny, this book is exceptionally good. You will be introduced to the world of 'vajazzles' and friendships we all wish we had! There is one particular chapter which will likely see tears of laughter streaming down your face. Love, Lies and Lemon Cake is truly a delightful read and will take you to places you never thought possible. It provides scenic descriptions with a real insight for those who are looking for change in their lives. Insightful, inspirational and very funny! (MP)

Tanya Travis is the queen of daytime TV. But when she's caught live on air dishing out a foulmouthed rant at her runner - who just happens to be the boss' daughter - Tanya goes from daytime darling to media target. With her relationship on the rocks and money troubles to boot, Tanya's agent suggests there's only one option - Celebrity Spa Trek - a TV reality show set in Nepal where celebrities have to get back to nature. But Tanya doesn't quite realise what's in store. From a prima donna actor to horrendous trials, Tanya's life seems to have hit rock bottom, but a trip to an orphanage begins to put things into perspective. Set in the world of reality TV, this novel feels really current and takes the reader on an illuminating journey into the fickle world of television and celebrity. The addition of tweets and gossip snippets at the end of each chapter again really adds to the up-to-date feel of the novel. The novel is split into three parts - part one focusing on Tanya's fall from grace, part two on Celebrity Spa Trek, and part three on the aftermath of the show. Whilst I enjoyed the story immensely, I did think part one was a bit too drawn out and I would have preferred a greater focus on Tanya's trials and tribulations on the reality show. However, the story still flows superbly well and is fun and spirited. There are some wonderful characters too and although Tanya is clearly the heroine and goes on an important journey of self-discovery, it is Astrid, Tanya's potty-mouthed Swedish cleaner-cum-PA, who steals the show. Sue Watson has created an absolute treat of a character and the only disappointment is that for much of part two we don't get to see, or more importantly hear from, Astrid. Despite its humour and irreverence however, the novel also has some real poignancy and heart - with little Maya providing a huge tug on the heartstrings - and offers a reminder of the many privileges we take for granted and what's really important in life. (JC)

Stella is a TV producer with a fondness for cakes. She is struggling to balance her career and her family, and as a result her marriage is on the rocks. When her evil boss MJ moves her to a religious gardening program, Stella reckons her career is nearly over. So ultimately she takes a drastic step and quits her job. But now that she is spending more time at home, she finds that it is more difficult to mend her marriage than she thought. When she starts making cakes for birthday parties, she suddenly finds herself with the opportunity to turn her passion into a profession. But will she be able to launch a new career in baking and save her marriage too? I laughed, I cried and I was constantly hungry! This gem by Sue Watson was hilarious, I couldn't put it down. Stella is a very relatable character who will have you rooting for her throughout the book. And with many of the recipes used by the character outlined at the end of the book, it is a must-read for all cake lovers! (LO) 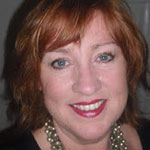