Temp worker Shay is waiting for a train in a New York subway when the woman next to her jumps in front of it. Shaken by the harrowing incident, Shay attends the memorial service for the woman - a nurse called Amanda - where she meets some of her friends, including glamorous sisters Cassandra and Jane.
Shay, who is obsessed with data and statistics, finds that the sisters get increasingly caught up in her life. But are they friend or foe?
This was a suspenseful and fast-paced read but a bit too unsettling for me.

Jamie’s husband Mike – a police officer – survived a fatal shooting which claimed a rookie cop and seriously injured his long-time partner. He returns to duty but is constantly on edge. Then Mike is involved in another shooting but this time he pulled the trigger. And the victim was a teen boy.
The story is told from the viewpoint of three characters - Jamie as she struggles to cope as the media descend and her relationship falters; her sister Lou, an elephant handler who helps out with the kids; and Christie, Mike’s ex who has just started working for a private investigator.
I enjoyed the ripped-from-the-headlines aspect of this story, seeing the issue of police shootings from the angle of police family members. A solid read.

When lawyer Kira's chance of partnership is put on hold, she and her husband Peter accept an offer to run a B+B in Vermont with his brother Rand and wife Alyssa. Are they crazy to consider leaving Florida to join a fledgling venture with this spontaneous couple? But it seems Alyssa may be finally ready to settle down.
Then Dawn arrives on the scene, fragile and secretive after running away from a messy situation with her so-called boyfriend. She proves to be a saving grace, though, in helping around the house, especially after they accept a big winter wedding booking with a demanding bride.
The thread about Dawn, how a loner was caught out by a liar, was intriguing and added some suspense - although the conclusion to it was perhaps a bit soft. The story also focused on the tension between the brothers and the strain on Kira, as she realises she may have merely exchanged one set of stresses for another. All in all, a story that flowed effortlessly.

On an all-expense paid trip of a lifetime to Jamaica, college friends Tina, Allie, Savannah and Dwight, along with their spouses, settle in for a week of luxury, relaxation and escape courtesy of Dwight and his wife, Pauline.
No expense has been spared by Pauline to give her husband a grand birthday but when unforeseen circumstances, deep secrets and a potential hurricane muddle the plans, the women begin to evaluate exactly what the idea of paradise means to them.
Sarah Pekkanen once again weaves a complex tale of friendships, marriages and expectations with distinct characters grappling with very relatable issues. Kudos to her for another superb outing. (LEK)

Cate is the new features editor at Gloss magazine, and wants to ensure her first issue goes off without a hitch. She hires star writer Trey to do the cover story but is reluctant to get personally close to him as her flatmate Renee has always had a thing for him.
Renee is busy vying for the beauty editor's position at the magazine. But the Kansas-raised girl doesn't fit the mould of a thin magazine staffer. After someone makes a few snide comments about her weight, she turns to diet pills for a quick fix.
Meanwhile Trey's sister, Abby, a nanny, comes to stay in their New York apartment. She is shattered after having to leave her beloved charge, Annabelle, in Washington DC. Will she open up to the girls about what made her leave?
This book explores female friendship - but in women who have not known each other that long. While not as strong as her first two books, it is still an enjoyable read that many women will relate to. Just not sure about the ending.

Julia and Michael were high school sweethearts from a small town in West Virginia. Immediately after high school, they moved east and scraped by as they worked their way through college.
Fast forward a few years and Michael is the owner of a company valued at $70 million. Their lives are now filled with missed anniversaries and broken promises.
Then one fateful day Michael collapses from cardiac arrest at a board meeting. In the four minutes and eight seconds it takes to jump start his heart, he becomes a changed man with different priorities. Julia has to decide if the damage done to their marriage is too great to ever forgive.
Even when I wasn't reading this book, I found myself constantly thinking about the characters. The novel explores marriage and forgiveness beautifully. The ending was so shocking, yet completely satisfying. This novel has moved to the top of my favourites list. (AO)

Manhattan advertising exec Lindsay is on track for a promotion and just needs to nail her client presentation. But when things go from bad to worse, the over-achieving workaholic instead finds herself without a job.
So she heads home, back to her parents' house and into her twin sister Alex's domain.
Lindsay has always felt in the shadow of her twin - while Lindsay was the smart sister, Alex was the pretty, popular one. And now it seems Alex has become increasingly chummy with Bradley, the one guy in the world who has always preferred her to Alex.
But then fate comes looking to mess with Alex's perfect life and Lindsay stumbles across a family secret.
This is an amazingly impressive debut, with twists and turns to keep you enthralled and a story about sibling rivalry that is masterfully steered out of cliche territory. 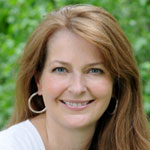