Che’s mother’s dying wish was to take the journey from London to Canterbury Cathedral, a pilgrimage of historical significance leading to a site associated with healing and forgiveness. If Che had hoped to forget her mother’s ambitious quest after her death, a note attached to her mother’s ashes reiterates the request. When Che arrives ready to embark on the pilgrimage, her guide’s last-minute withdrawal sees her joining an organised tour of seven other women and their guide, Tess. Following the tradition of The Canterbury Tales, it’s decided that the women will each tell a story on the way. I should from the outset point out my affinity for The Canterbury Tales and modern retellings so I was hugely excited about this book, although it’s also worth adding that neither are prerequisites for enjoying this book. For although it takes The Canterbury Tales as its inspiration, essentially it’s just a group of women sharing stories. The stories themselves aren’t always perfect or assured, after all these are meant to be a diverse and ordinary group of women telling tales, not seasoned storytellers, and as such their stories reflect the varied proficiency of each woman. Having said that, I did expect more from several of the stories, but in the final three stories in particular I felt this was achieved much more. In part, I think the issue is down to the fact that the stories are actually less central to the novel than you would expect and there’s a much bigger picture that is to do with womanhood and community. Indeed, it’s quite a philosophical and thoughtful novel and one that grows into itself as it goes on. Distinctive and innovative, come in to this one with an open mind. (JC)

Elyse realises that her marriage has failed - it's just she needs to let her perfectly nice husband Phil know. She meets Gerry on a flight and after he leaves her with a passionate kiss and his business card, they embark on an intense affair. But as Elyse's friends tell her: "In novels women run off with their lovers. In real life women stay." As Elyse contemplates ending her marriage - she only earns a bit of money from her pottery; she's got their daughter Tory to consider - the couple end up in counselling. This is one sharp debut about a wife in a stale marriage trying to let some fresh air into her life. 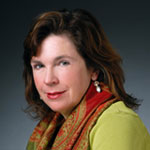