Investigative journalist Ford Dixon is an overprotective brother to his sister Nicole. She got pregnant after a one-night stand and is struggling as a single mum to her baby girl. So Ford is determined to track down the father of his niece. Divorce lawyer Victoria Slade has temporarily moved into the condo next to Ford. Victoria had been the victim of a home invasion at her previous townhouse. That crime has opened up issues from her childhood that are now manifesting themselves as full panic attacks. Victoria is immediately put off by the good looks and playboy ways of her neighbour. But Ford is convinced that teaming up with Victoria is the best chance he has of finding the father of his niece. Victoria has a soft spot for Dixon’s young sister and her predicament, but is suspicious of Ford and has no interest in becoming one of the many notches in his bedpost. As Ford and Victoria work together, their chemistry becomes undeniable. Fans of the author will recognise Ford Dixon as the loveable best friend in Julie James' 2013 novel, Love Irresistibly. This book is a great summer with a smart feisty heroine. (AO)

Sidney Sinclair's last relationship ended when she was confronted by the women her fiance was sleeping with. Sidney is now done with commitment-phobic playboys and has a list of thirty-four required items for a potential boyfriend. Special agent Vaughn Roberts is exactly the kind of man Sidney is avoiding. When Vaughn tries his best lines on Sidney at a local coffee shop, he is surprised that she quickly denies his advances and calls out his playboy ways. Minutes later, Sidney and Vaughn meet again at a restaurant only to learn that Sidney's sister is marrying Vaughn's brother. As best man and maid of honour, this unlikely duo are thrown together to help plan the wedding. Sidney is determined to stick to her list of thirty-four requirements and Vaughn is equally determined to win Sidney over. Fantastic dialogue and strong witty characters will entertain readers. Fans of the author will also be happy with updates of characters from past novels. (AO)

Brooke Parker is general counsel for a restaurant company. Cade Morgan is a US Assistant Attorney in Chicago. Cade is determined to take down a corrupt state senator and needs Brooke's help to bug the senator's restaurant table so the FBI can eavesdrop. There is an instant attraction between Brooke and Cade, however, they both have horrible track records with past relationships so they are determined to keep things casual in order to concentrate on their careers. A sudden move for Brooke forces the two to confront their true feelings for each other. Fans of Julie James will be happy to see their favourite characters from previous novels appear. This is the fourth novel in the author's series on the Chicago FBI and US Attorney's office. (AO)

Rylann Pierce met billionaire playboy Kyle Rhodes at a bar. Sparks flew when Kyle walked her home and they kissed outside her apartment, however, the next night Kyle stood her up. Fast-forward nine years and Rylann is an Assistant United States Attorney in Chicago. Her first case will be a motion to reduce the sentence of the infamous high-profile Twitter terrorist Kyle Rhodes. Rylann is forced to work with Kyle after another case requires Kyle's testimony as a key witness. Rylann is determined not to mix business and pleasure and fall for an ex-con, however, when Kyle is no longer her witness, their attraction is harder to deny. Fantastic witty dialogue and fun characters make this book a must-read. Fans of Julie James novels will be happy to see updates on their favourite characters. (AO)

Billionaire heiress Jordan Rhodes is the owner of a wine shop in Chicago. Nick McCall is an undercover FBI agent born and raised in Brooklyn. Jordan and Nick's unlikely paths collide when Jordan is approached by the FBI with an offer to release her twin brother from jail. Jordan must cooperate with the FBI and bring Nick as her pretend date to a charity fundraiser in order for him to plant bugs and take down a well-known restaurant owner who is laundering drug money. Unforeseen circumstances force Nick and Jordan to continue their relationship. Their relationship starts to get very complicated as sparks and sarcasm fly every time Nick and Jordan are together. Readers will be excited to see Jack Pallas and Cameron Lynde, from James' previous novel Something About You, make appearances. Filled with likeable characters and great dialogue, this novel won't disappoint. (AO)

Assistant US Attorney Cameron Lynde is a key witness in a high-profile murder investigation and Special Agent Jack Pallas is assigned to the case. Jack and Cameron worked on another case three years ago and Jack still blames Cameron for nearly ruining his career. Jack and Cameron may have a history of animosity towards each other, however, as the investigation proceeds, they can't fight the sexual chemistry between them. This fantastic novel does not disappoint - the dialogue is witty and the characters well developed. (AO)

J.D. Jameson is a conservative Harvard-educated law associate who grew up in a privileged wealthy family. Payton Kendall is a liberal feminist raised by a hippy single mum. J.D. and Payton have been in constant competition since they started working at their law firm eight years ago. As two smart hard-working attorneys, they were under the impression that they would both be made partner. But due to a change in their firm's policy, only one of them will get the promotion. The competition increases when Payton and J.D. are asked to join forces on a major case. As they spend more time together, they realise that they have a strong mutual attraction to each other. The dialogue between the characters is witty and sharp and the author does a great job allowing the reader to feel the sexual tension between the main characters. You will not be able to put this book down. (AO)

Taylor Donovan is a confident no-nonsense attorney on track to become partner at her law firm. Her newest assignment is to coach Jason Andrews, Hollywood's sexiest heart-throb, for his new role in a legal thriller movie. And Taylor is determined not to fall for Jason's charming ways. This debut novel is exceptionally well written and a fun read. (AO) 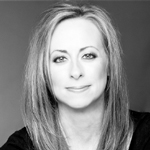