Twenty years ago, Charlotte Walsh left her hometown in Pennsylvania and promised herself she wouldn’t go back. Now she is returning to live in her old house with her husband and their three daughters so that she can run for the Senate seat. She knew it wouldn’t be easy but she didn’t expect the dirty tricks of her misogynist opponent, the harsh attacks from the press and her enemies, especially in the age of social media, and how it would affect her marriage and her already strained relationship with her husband. How far is Charlotte willing to go to win the election?
I loved Jo Piazza’s previous novels that she wrote with Lucy Sykes, so I was eager to see how she would do going solo. I admit I didn’t like this novel as much as her co-written novels, but I still found it engaging. The author always creates strong, determined, and ambitious women that you can’t help but like. I also liked the flawless writing style and the witty and engaging plot. (NP)

nlike the other people who work in fashion, Janey Sweet enjoys eating and she is not afraid to admit it. But when her business partner and best friend, Beau, tells her that she needs to lose weight or she will lose her job, Janey has no choice but to go on a diet and hit all the gyms, yoga classes and juice bars that New York has to offer – including the Free the Nipple Yoga that, as the title implies, is practised topless. Along with old and new friends, Janey embarks on weeks of diets and exercise but at what price? In the meantime, Janey’s cousin, Ivy, is having her own problems as she finds herself working for a gym where people pay lots of money to be insulted during the workout.
I loved the authors’ first book, The Knockoff, so I was very excited about this new book and I wasn’t disappointed. Fitness Junkie is a hilarious, charming and terrific read. Some of the yoga and gym classes that Janey attends are ridiculous and seem so unrealistic that I was surprised to find out they really exist. Janey’s adventures as she tries class after class made me laugh out loud and I felt for her as throughout the novel she evaluates her relationship with Beau and finally discovers his true character. Janey, her best friend CJ, and her cousin Ivy are likable and honest. (NP)

Glossy magazine editor-in-chief Imogen returns to work after a bout of breast cancer to find her former assistant, Eve, is now in charge of a digital-only magazine. The Harvard-educated business student has hired a bunch of young, tech-savvy staffers and turned the office into a virtual sweatshop, where pulling all-nighters and losing weight for their boss' wedding are mandatory. As Eve's tactics alienate the fashion designers who feature in their pages, Imogen has to decide whether it's time to get out of the game or figure out how to play by the new rules.
This is like a Devil Wears Prada, except the devil this time is the narcissist young assistant. At times Imogen turns to an online forum called Techbitch, where women vent about their young upstarts, and it would have been good to have seen this play more of a role in the story. Written by a duo who know the fashion and media worlds well, this is a thoroughly entertaining read which sounds a warning about the march of the know-it-all Millennials.

After breaking up with her boyfriend over his cheating ways, Sophie leaves the bright lights of Manhattan behind for her hometown of New Jersey. While there cleaning out her grandmother's house, her best friend Anna arrives in a stolen police car and ends up being sentenced to AA for drunken driving. The intensive therapy hits home with Sophie, as she realises that many women could use a place like AA to talk about their love lives and help them move on. It's obvious that Sophie needs this, as she can't seem to move on from her ex, Eric.
With a cast of endearing characters and a unique storyline, this is a great summer read and a definite read for those who feel like they could use a little rehab themselves! (AS) 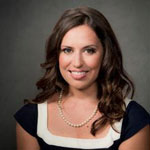