WHAT IS CHICK LIT?

Chick lit is a popular genre of contemporary fiction that focuses on the transformational journey of a woman or group of women. Storylines cover the many phases of life, from starting a career, dating, moving to a new location, marriage, motherhood, mid-life transitions, divorce and death.
Romance is a common element but is not the sole focus of the book - work, family or personal issues play a big part. Often these novels are humorous, while its writers don't shy away from the serious issues.
As bestselling author Jane Green once said: "I think what we did was introduce a genre that really held a mirror to women, and held it with great honesty and humour. I don't think there was a genre of books where women were able to read and say, 'I've been there. That's exactly what my life is like.'" 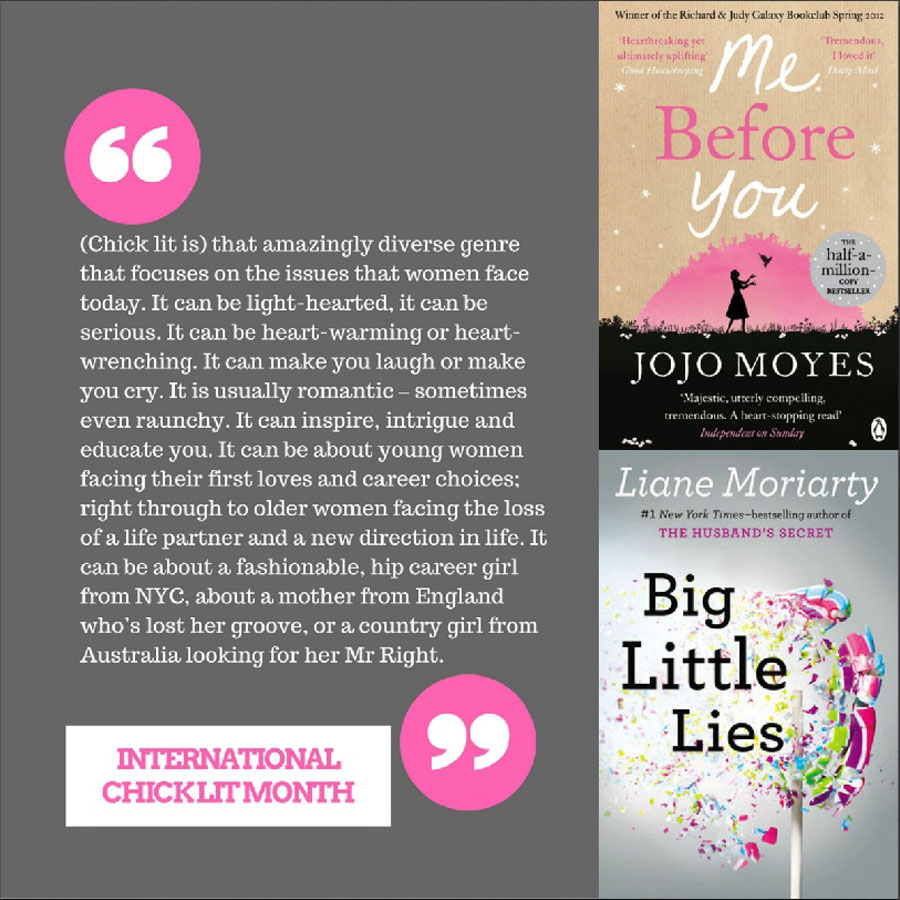 WHERE DID THE TERM COME FROM?

Chick lit became popular in the late 1990s, with the arrival of titles such as Helen Fielding's Bridget Jones's Diary and Candace Bushnell's Sex and the City. According to Wikipedia, 'the term was first used ironically in 1995 by Cris Mazza and Jeffrey DeShell as the title for their edited anthology Chick Lit: Postfeminist Fiction'.
In the early days, chick lit typically categorised books about a career girl who lived in a big city and loved cocktails and shopping. The genre has since evolved - to transcend age, location and subject matter.

IS IT DEAD YET?

People have been saying chick lit is dead for as long as this website has been around. But the books just keep on coming each year because readers will always want novels that reflect the complexities of their lives.
Chick lit is often derided for its fluffy, pink covers and scoffed at for being an inferior form of literature. Many of its own authors even admit they don't like the term itself. But the genre has continued to survive - and thrive - by constantly transforming. 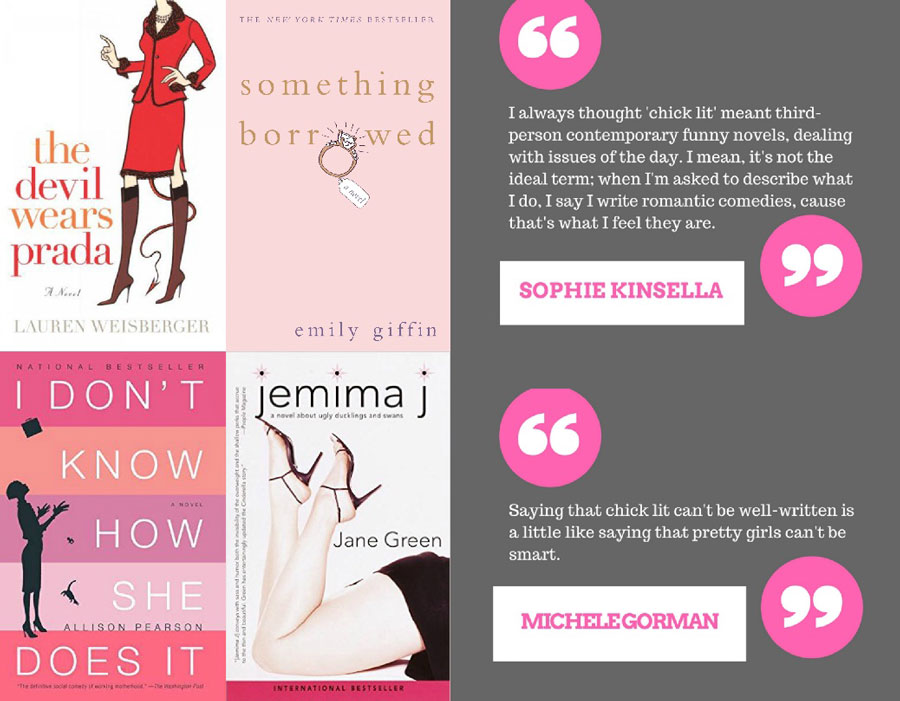 Many of the chick lit classics have gone on to be adapted for the big screen, including The Devil Wears Prada, the Nanny Diaries and PS I Love You (See our extensive listings here). Liane Moriarty's Big Little Lies went on to become an Emmy award-winning TV series, while mega best-selling author Paula Hawkins of The Girl on the Train fame cut her teeth writing chick lit.

WHO SHOULD READ IT?

Chick lit is for anyone who wants to walk a mile in another woman's shoes. The stories are heartwarming, emotional, uplifting, thought-provoking, amusing and entertaining. Take the time to enjoy it in all its forms.
You can find everything you want to know about chick lit here on the Chicklit Club website, including book reviews and author interviews. 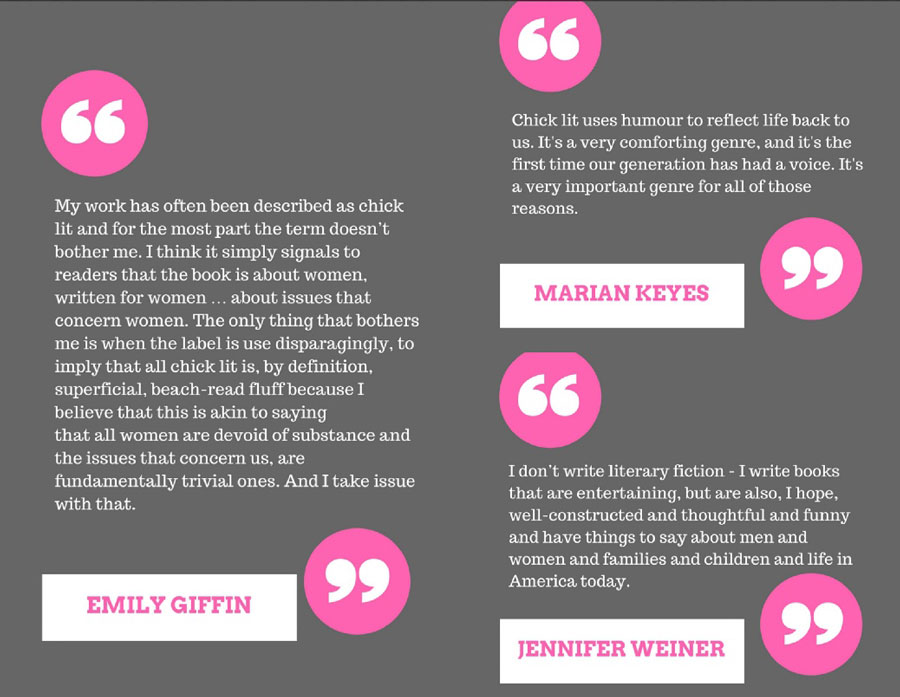