When Cesca Shakespeare was 18, she wrote a brilliant play that never made it to opening night because the lead actor, Sam Carlson, left London for the bright lights of Hollywood. Six years later, Cesca still hasn’t got over the disappointment and she has abandoned the theatre. She can’t hold a job for long so when her godfather offers her the chance to spend the summer in Italy, housesitting a villa by Lake Como, she is delighted to get out of London and maybe get some writing done. What she doesn’t know is that the villa belongs to Sam’s parents and the man himself turns up unannounced one night.
The novel is very-well written, with vivid descriptions and delicious food, and as a Shakespeare fan, I appreciated the quotes from his plays and sonnets at the beginning of each chapter. This is the typical story of two people who first hate each other and then fall in love but, even though I knew exactly where the story was heading, it is still an entertaining and romantic novel with witty dialogues and likable characters. (NP)

What do you do when Mr Right keeps coming into your life - only to leave again just as quickly every time? Fix You follows the relationship between Hanna and Richard who first meet New Year's Eve 1999. This is true love at first sight - if only they would let it happen. The story jumps ahead by weeks, months or sometimes years, as the relationship slowly evolves through time, distance and fate. True love has plans for Hanna and Richard whether they're ready or not.
This is a captivating and moving story where historical facts like the 11 September attacks are cleverly included in the characters' lives. Both the characters and settings are engaging and so lifelike it's easy to be carried away and lose track of time while you're reading. A wonderful, captivating romantic story. (AT) 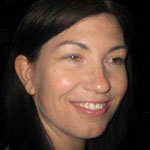