Jenny Shaw is suddenly dumped by her long-term boyfriend on the way to the airport. She arrives in Seattle for her business conference devastated. When Myra sees Jenny in a hotel lobby, she mistakens her for Jessie Morgan, a woman she bears a resemblance to. To escape her pain, Jenny on a whim goes along with pretending to be Jessie Morgan. She is suddenly surrounded by Myra and her high school friends, who all believe Jenny is Jessie, the former ringleader of their high school clique. Jenny finds herself falling in love with her fake life and new friends. Only when a secret from Jessie's past surfaces, does Jenny's lies start to catch up with her. While the premise of this book is completely unrealistic, the author made it a fun and entertaining read. (AO)

Van Leone stood by as maid of honour as her best friend, Janie, married Peter, the man Van has been in love with since college. After a long night drowning her sorrows in vodka, Van accidentally purchases a puppy on the internet. Van is shocked when a huge German Shepherd arrives at the airport from Slovakia. But she quickly becomes devoted to her new dog, Joe, and her life takes a turn for the better when she meets adorable Alex, Joe's vet. Just as things with Joe and Alex are starting to work out, Peter and Janie return from their honeymoon and past emotions are stirred up. This is a wonderfully written debut novel with characters that you will fall in love with. (AO) 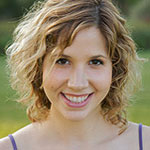