If only there was someone to guide you through life, to help you make the right decisions and choose the correct path. Well, that’s exactly what fifteen-year-old Grace gets when Remy comes into her life, and delivers her letters containing sage advice. However, it’s not all clear-cut; lives are changed and lost, hearts are stolen and broken, and Grace’s life takes a twisting path across the years to get her to her happy ever after.
Whilst this is a pleasant, escapist story, with a setting that’s easy to picture and fall in love with, I thought overall it was average rather than great. There’s a magical element to the storyline that for me felt a bit silly and whilst it obviously serves to give the novel its name, I didn’t feel it was particularly necessary to how Grace’s story evolves. There are three strong characters – Grace, Charlie and Danny – whose interweaving lives are absorbing enough across the span of the decades. Pack this for your summer hols if you’re after something light and easy. (JC)

Scarlett O'Brien is living the jet-set life she's always dreamed of, back and forth between London and New York. But her crazy schedule is hardly ideal for planning her wedding to Sean. And whilst business is great, helping out A-list celeb Gabi Romero just adds another item to her ever-expanding to-do list. Then there's Sean's best man, Alex, who is stirring up a whole new world of trouble.
Ali McNamara takes Scarlett on another wild ride, stumbling from one improbable situation to the next, and you certainly need to suspend all disbelief to join in Scarlett's journey. But even then it has an over-the-top, extravagant feel to it, big on imagination and fantasy. The pacing of the novel sometimes felt a bit off for me, too slow in the first half and too fast in the finale and whilst little happens at the start, the ending is jam-packed. In keeping with the novel's excess, Alex is a very caricatured villain, but the novel is populated by wonderful characters.
I would have liked more romance and more time on Scarlett and Sean's wedding, but has Ali given a hint of what's in store next on the final page - a mini Scarlett or Sean? From Notting Hill with Nappies ... Actually? I'm not sure how a baby would fit into Scarlett's crazy world but it would be fun to see. (JC)

When accountant Jo-Jo goes to deliver some reports to a client, she steps out of the shop and on to a zebra crossing ... where she is hit by a car. Upon waking up, Jo-Jo finds herself in another decade. Luckily, she recognises Harry from the record store where she was before she was hit but other than that everything is different. She's no longer an accountant but is instead a receptionist at a record company. She's also dressed in the attire of the decade - from head to toe. Deciding the best thing to do is embrace everything and hope that it's all one bad dream, Jo-Jo eventually starts to enjoy herself ... but just when she gets the hang of everything she's hit again and transported to another decade. This happens over and over again, the only constants being Harry, George, who owns the record store, and Ellie, Jo-Jo's former assistant in 2013. What's happening to Jo-Jo and why? Can she figure it all out and get back to her real life before it's too late?
This story had a lot of promise but it didn't really deliver as I'd hoped. I liked Jo-Jo but felt that all the switching time was a bit much to keep up with. Just when you started to enjoy 1960s Jo-Jo, she'd be gone and replaced with another version of herself. It was a bit weird, to be honest. However, that being said, it's still a cute story written with all the charm you'd expect from Ali McNamara. If you like to try to solve a mystery while reading, it's definitely worth giving this story a shot. (AS)

Scarlett O'Brien is starring in the movie of her own life; she has found her leading man and is living in the stunning Notting Hill. Scarlett misses her dad who has shifted to New York in order to expand his business and now she wants to meet him no matter what. Since her boyfriend, Sean, is stuck with business engagements, Scarlett is left with no choice but to fly to the city with her best friend Oscar. Scarlett explores every single NY landmark while Oscar is so excited about the Sex and The City bus tour. Amidst all the fun, Scarlett bumps into charming TV reporter Jamie who shares her passion for movies and has a lot more in common with her than she could ever guess. Just when Scarlett has started to wonder why she is so attracted to Jamie, she gets the biggest surprise of her life. Sean has landed in New York City and wants to know what's going on between Scarlett and Jamie.
In this sequel to From Notting Hill With Love ... Actually, Scarlett is still as dreamy and starstuck as ever and Ali McNamara's writing is witty and extremely clever. A truly gorgeous book. (SS)

Darcy McCall has a fading memory of her Aunt Molly with whom she used to spend her summer holidays on a small island called Tara off the coast of Ireland. Little did she know that her aunt would leave the beloved island to Darcy in her will. But according to its conditions, if Darcy wants to inherit her aunt's money then she has to leave her high-flying career in London and go and live on the isolated island for one year. She also has to convince 15 others to live with her on the island in order to form a community. Darcy accepts the challenge and trades her designer labels for jeans and raincoats, her high heels for wellies and flies down to island only to get stuck between the drop-dead gorgeous Irish charmer Conor and rugged, sexy hunk Dermot. Between sorting out everything from cottages to pub, she has also got a chance to sort out her own love life and make a wise decision for once. (SS)

Scarlett is a massive fan of films. In fact, she loves them so much that she often finds herself comparing real life to the films much to the chagrin of her family. It just doesn't go over well with her family, friends and fiance David who think she is too obsessed with the movies. So, when she is offered the chance to house-sit for a month in Notting Hill - the home of one of her favourite films of all time - she jumps at the opportunity. When she arrives in Notting Hill she immediately hits it off with a man named Oscar who introduces her to a whole new batch of friends - ones who encourage her film obsession, not ask her to hide it. However, she clashes with her next-door neighbour, Sean, on more than one occasion. It's just such a shame that he's so handsome and kind to her when she really finds him annoying. Or does she? One month in Notting Hill will change everything for Scarlett, who finds herself living more movie scenes than she can count while house-sitting. But, when her time is up and she is forced to go back to reality and marry the boring and stubborn David, will she be saying I do or dreaming of a completely different fairytale ending?
Whether you love films or not, this is a fun, light-hearted book that will lift your spirits. Though Scarlett's film obsession does sometimes get in the way, it doesn't ruin the story at all. In the end, it's a wonderful story where romance and fantasy abound. (AS) 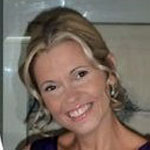 The Summer of Serendipity

The Little Flower Shop by the Sea