Alice Love leads a life that has been painstakingly planned out. She works as a lawyer specialising in contracts and has enough money set aside to buy her own flat. Her schedule is the epitome of a perfect routine - albeit a boring one. However, that all changes one day when her bank card is declined. She thinks nothing of it, until she goes to the bank to get a loan for her flat and finds out her savings have been cleaned out. At first Alice is distraught. She's broke, homeless and her perfect credit record is in tatters. She's also tired of the collection agencies calling and harassing her for bills that she didn't make. Alice's sister, Flora, puts her in touch with a handsome fraud investigator named Nathan who offers to help track down whoever did this. But when Alice sees who it actually is on the bank security camera, she is overwhelmed. How could they do such a horrible thing to her? And how easy did she make it for them to access her important documents? This revelation leads Alice to start an investigation of her own - chasing down each clue individually, she learns more about her impostor. While Alice's investigation leads her to do things that she would have never considered, it starts to seem like she is overly obsessed with finding the answers she needs. She's lost all sense of reality and begins spinning lie after lie. Although it's a whirlwind of deception, the ending leaves a little something to be desired. Despite that, it's a pretty accurate portrayal of what a victim of identity theft goes through and that makes it a riveting story. (AS)

Kat Elliot is a hardcore feminist, who doesn't exactly strike the right chord with the people she meets or interviews in her role as a reporter for an iconic British music magazine. She doesn't play along with the phoney Brit-rock bands she interviews and usually tears them apart in her articles, which is eventually what leads to her dismissal from the job she's loved for years. Now jobless and with little money left, she turns to her once best friend turned arch enemy as her last hope. Lauren Anderville and Kat were best friends until one day Lauren suddenly got popular in high school and left Kat in the dust. Although she is unable to completely forgive Lauren, Kat still needs her help now. Lauren promises to make Kat's life so much easier just by showing her how to live by an age-old text called the Popularity Rules. These rules supposedly make people bow down to you and allow you to get anything you want. To Kat's surprise these rules work and although it requires a complete makeover - of not only hair and wardrobe but personality too - and a lot of hard work, Kat is happy finally. She's getting all the right people to talk to her when only a few months earlier she was a social pariah. And now she is on her way to getting her dream job and forgiving Lauren. But of course, things aren't always what they seem and Kat soon finds out that she can't exactly trust Lauren anymore than she could 10 years earlier. A great book filled with a fantasy set of rules that, if real, would make life so much simpler for everyone. (AS) 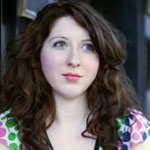